Need to do a Ted Hughes analysis? Are you lost when it comes to the textual conversations Module? Do you find poetry confusing?

In Episode #8 Part 2 of our HSC English Lit Program, Rowan and Brooklyn are going to do a step-by-step Ted Hughes analysis of the text ‘Red’ within the prescribed text ‘Birthday Letters’.

Scroll down and also find a band 6 sample paragraph that will show you exactly what you need to do.

What is Red About?

It may seem like the textual conversation between Plath and Hughes is very one-sided. Hughes is writing in second person, directly to Plath, whereas Plath is writing to a much broader audience. However, we should look at the concept of a ‘conversation’ in a broader sense. Plath starts the conversation by introducing the themes of death, oppression, victimhood and empowerment and Hughes responds to these themes from his own perspective. Although Plath is not able to literally respond to Hughes, we can read our reinterpretation of Plath as a result of Hughes’ poetry as a part of a conversation. 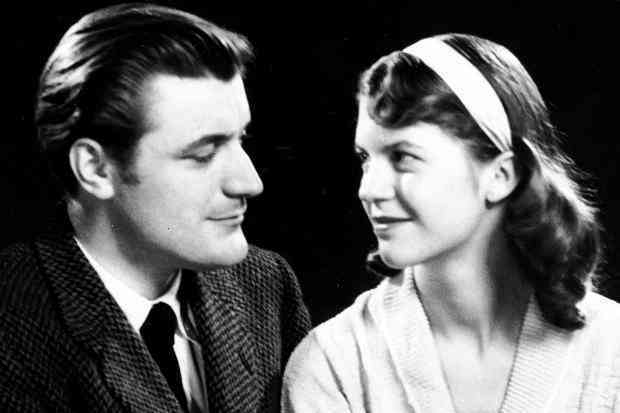 While Hughes shows great empathy and love for Plath in his poetry, he also criticises her for being overdramatic and exaggerating and positions himself as the victim. This allows us to reinterpret Plath’s poetry as unrealistic and unfair in her treatment of Hughes.

What is ‘Red’ about?

If you engage in a Ted Hughes analysis of the poem, ‘Red’, he addresses Plath, using colour symbolism to describe her identity. It will be up to you as a writer to decide what each of the colours symbolise. In the poem, the colour red is associated with death, immortality and an aztec alter (alluding to the aztec practice of human sacrifice in order to appease the sun God, Huitzilopochtli, and keep the sun in the sky). It is also described as a wound, demonstrating how Hughes believed her obsession with ‘red’ was damaging her, and was even perhaps the reason for her suicide.

Hughes contrasts Red to white, stating, “if not red, then white” was Plath’s colour. Hughes does not explain what he means by white, but the colour is associated with purity and perfection in the Western tradition and death and mourning in many Eastern traditions. Finally, he suggests ‘blue was better for you.’ Again, it is not completely clear what Hughes means by blue, but it is interesting that he associates it with wings, which might indicate freedom and silks and pregnancy which might refer to Plath’s femininity.

It is important to note that the images in the poem often refer to Hughes’ actual experiences rather than collectively understood symbols, and this is where Hughes poetry differs from Plath’s. Despite the mysterious nature of many of the images, we can understand that Hughes is critiques Plath’s dramatic and binary self perception, and that he believes she should have seen herself differently.

Ted Hughes (1930 – 1988) was a controversial figure whose name will forever be associated with Sylvia Plath and her death. Hughes married Plath in 1956 and they endured a tumultuous marriage for six years. The couple separated in 1962 when Plath discovered that Hughes was having an affair with Assia Wevill. Six months later, in 1963, Plath killed herself. Hughes had “Sylvia Plath Hughes” written on her gravestone, and the engraving was vandalised by many who were outraged that he added his name to hers.

Many of Plath’s admirers blamed Hughes for Plath’s death, and ‘Birthday Letters’ has been read as his defence against those who criticised him.

Themes in ‘Red’ include:

Now we know what we’re looking for, how do we conduct a Ted Hughes analysis?

There are two key rules of analysis which we have focused in for all of our #HELP episodes. These are:

Step 1: Have an argument

It is also important that your analysis is trying to prove an argument, rather than just a theme. For example, rather than just basing our analysis around the theme of ‘emotions’ in the following analysis, we will be trying to prove that ‘In Red, Hughes critiques Plath’s violent oscillation between intense emotions, simplifying them through the colour symbolism of “red” and “white.”

When you are choosing your examples, you always want to make sure there is a technique that you can say something about. Sometimes a quote might say your idea clearly, but if there is no technique with an effect, it is not worth including. We have chosen a contrast between two quotes as our first example:

“our room was red”

“the bookshelves escaped into whiteness”

For this reason, we have identified the technique symbolism.

Struggling to find a technique? Check out our English technique cheat sheet here!

Step 4: Carry out your Analysis

When you are writing your analysis, it is important that you show the effect of the technique, and then link this effect to your overall argument, as we have done below:

His descriptions, primarily use realistic events and motifs as symbolism: “our room was red” and “the bookshelves escaped into whiteness”, grounding his poetry in reality, in stark contrast to the heightened reality of Plath’s poetry. Furthermore, the colour symbolism of red and white, critique Plath’s binary view of the world, and ultimately simplify her to either violent and passionate (red) or pure (white).

Put Your Analysis into a TEE table

Below is an example of how we have put this piece of analysis into a TEE table.

If you need some extra help with your TEE table, make sure you check out our step by step guide here!

And this is the final step towards acing your Ted Hughes analysis!

Looking for extra help with your Sylvia Plath and Ted Hughes analysis?