We’ve been referring to your Module C HSC Creative Writing as a ‘Piece’ – not a ‘short story’ and we’ve done this very consciously.

While your Module C Imaginative Writing piece needs to express a story that is limited to a 40 minutes time constraint, it doesn’t mean that your narrative type has to be a typical ‘short story’.

In fact, you could choose to express your HSC creative writing piece in a different narrative type and form and in fact, we recommend it if you want to stand out from the crowd!

Here’s some different narrative types (beyond the short story) that you can use for your HSC Creative Writing piece!

If you’ve ever studied Shakespeare, you’ll probably have come across a monologue. A monologue is a train of thought or stream of consciousness of a character, often spoken in the first person.

I never did like Michael. He’s brutish and immature and is hardly agreeable whenever we chance upon the topics of politics and religion. Perhaps it’s because of his wife, like she’s stuck in the 1800s or something.

Letters are probably a little outdated nowadays with Facebook and email, but it carries the same essence; it is a written message from one to another and depends heavily upon the relationship between the two parties.

A letter is written with a very specific reader in mind, and displays the relationship between these parties.

Letters to family members or friends should sound like a real conversation between the two parties.

They often sound more conversational and occasionally address the intended reader by name. They will also use more contracted words, and be discreet or purposeful in the selection of words used.

Oh, and Roger, you’ll be happy to hear that I got the role! 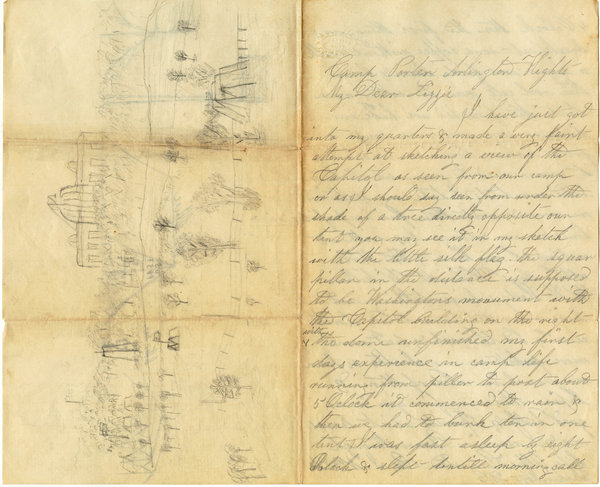 A letter and a drawing from Alfred Cranston, a member of Brooklyn’s “Fighting Fourteenth” regiment, to his sweetheart. Credit: Brooklyn Historical Society

Formal letters have a purpose for writing: whether it’s for business or enrich relationships, formal letters are often curated by their purpose.

Firstly, they address the individual, their residence and the date. Formal letters often emphasise key words and ideas, and use formal language, and make specific statements.

Dear Mr Graham, I write to you to inform you of the passing of my dearest Mother. Her sickness was brief.

Most diaries have since been replaced by blogs or online journals, even Facebook posts.

They are private and discrete entries which are arranged by date and report or record events over a period of time.

Diaries may include the diarist’s experiences, eye-witness accounts, thoughts and feelings, and include comments or commentary outside of the experience. Diaries are not always exciting, and can be used for personal affairs, such as recording budgets or personal memos.

Diaries can be deeply intimate or personal. They may record the diarist’s personal thoughts with the intention of immortalising a thought or feeling on paper for themselves only, often which would not be communicated to anyone else.

Excerpt from US President Theodore Roosevelt’s diary the day his wife died.

However, diaries can also be deeply impersonal. It may be written with the anticipation that it will be read, and as such, be limited in its self-expression and contain only factual information about the event. Autobiographies are written by those who typically know the person the best; the individual themselves.

It is a written account of the life and times of that person, and is often read as a story. They are often written based solely on memory, and are often ‘cathartic’, or therapeutic.

Autobiographies are often extremely subjective. In controversial situations, autobiographies have been used to justify the ideologies or actions of an individual, or are an attempt to recreate or ‘rewrite’ history. Memoirs are often used as a reflection upon one’s own life, but is not an eye-witness account.

In fact, memoirs often have the writer as being an observer of one’s own life, which has been enriched not only by hindsight but by substantial background information which was not available at the time of the actual event. Memoirs will often also contain commentary as well.

Keep in mind that memoirs often reflect vital or important events, whilst autobiographies focus upon the life and times of a whole person.

“At the time, I believed this was the choicest decision. To me, the ‘greater good’ was to save the lives of hundreds, rather than save the life of the President. How was I to know that the Government would fall into disarray?”

From memoir written by UK Prime Minister Winston Churchill. Note that it only refers to World War II.

We pride ourselves on our inspirational English & HSC Creative Writing coaches and mentors!

Worried about the new HSC English Syllabus? We’ve got you covered!