A Day in the Life of a Producer for News Channel & ABC Radio | Roles, Skills, Advice 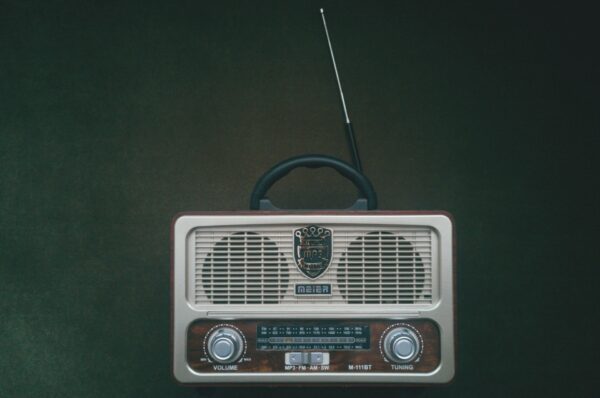 Have you ever considered becoming a producer? Or perhaps you’re not too sure what a producer actually does?

Well you’re in luck! We’ve interviewed a radio producer to find out all the little insights to this career.

So keep reading to find out what a producer does!

What is a Producer?

Steps to Becoming a Producer

Hannah Kwon is a Producer for News Channel and ABC Radio. One of her current focuses are building news streams for smart speakers alongside curating daily news updates.

Hannah took up essentially any opportunity that came her way, to make sure she got experience in various areas of media and producing. From volunteering at her university’s student radio station, 2SER, and taking on a mentorship program with SBS, Hannah was exposed to different roles in media.

“I was lucky to be in the SBS Media Mentorship Program that Macquarie was running, because that program highlighted culturally, and linguistically diverse students.

“It provided a lot of different workshops, so that was quite a launching pad for me.”

Ending up at the ABC

In terms of Hannah’s role as a producer, she was introduced to the ABC through a digital internship which led to being hired as a news operator’s assistant.

“I actually wanted to be the editorial intern, but it turns out being a digital intern led me to where I am now!” Hannah said.

As a news operator’s assistant, Hannah was in charge of scrolling the auto-cue (the script followed by the news reader), printing scripts, loading the supergraphics to ensure that the news headlines were accurate before going live. Although this is considered a low ranking role, it built the foundations for Hannah to get into her current position as a producer!

Hannah studied a Bachelor of Media (Journalism and Non-Fiction Writing) at Macquarie University. She completed a range of internships and placement opportunities throughout the degree.

Learn more about the Bachelor of Media and Communications at Macquarie here!

“I’ve always been drawn to writing and creative pursuits. I loved watching and analysing movies as a kid, and always liked to think about the behind the scenes of different creative projects!” Hannah explained.

What is a Producer?

A producer is someone who works with media content and current news to coordinate different interviews and opinions into a segment for TV, news, radio, websites, or other online platforms.

The jobs of a producer are limitless! From coordinating production facilities (like filming and staging equipment), to writing up news announcements and event commentary, you become fast at picking roles up.

“I do a lot of editing for audio, making sure everything is ready for the stream so it won’t date, because you don’t know when people are listening!

“As a producer you’re calling a lot of people, and generally I’m communicating with my executive producer, making sure I’ve got what they had in mind for the stream,” Hannah said.

On a day to day basis, producers are reading through content and stories, alongside gathering different interviews and opinions.

Hannah said, “I look at different news rundowns from TV to radio, mostly focusing on radio, and look at different stories of the day and see which ones are most relevant. I then submit it into another program to make sure it goes through to the stream.”

Producers are mostly focused within the media and arts industries. Producers can also be involved in performing arts, advertising and marketing, and public relations!

As a producer you need to be an allrounder, with skills in writing, speaking, working both independently and collaboratively, researching, and creative thinking.

Producers work in such dynamic, and often high pressure, environments, so having adaptable and widespread skills are definitely important!

Hannah also mentioned a number of skills that you develop and become better at as a producer:

Steps to Becoming a Producer

The main area of knowledge that is required for a career in producing, is communication and media across visual, written and oral platforms!

English is also vital, alongside some knowledge in technology and computers.

Although there are no qualification or certification requirements, most producers will complete some level of tertiary education in media, journalism, production, communications or arts.

Check out some of the different media and communications degrees you can study:

How long does it take to become a Producer?

Depending on the course you take, you can expect to spend anywhere from 3 to 5 years studying in the field of media and communications.

However, becoming a producer is not often a career you can enter straight after completing your studies. As it’s a fairly high ranking position, you could anticipate working in media for up to 5 or more years before becoming a producer.

But don’t let that deter you from seeking a role as a producer — the hard work will pay off!

There are a number of different programs you have to use as a producer, but these will vary among different companies and types of producers.

For Hannah, who focuses mostly on radio production, she uses ENPS to gather news rundowns, Radio-Assist to edit sound (which is like Adobe Audition), and CoreMedia and Webster.

As there are only a couple producers within every domain of a company, like Hannah’s position in ABC as a radio producer, there isn’t a great deal of demand for the job.

JobOutlook also highlights a moderate level of future growth for producers, so you can expect there to be competition for a role like this.

Getting into a producer role is already a level of growth in itself!

Nonetheless, Hannah said, “When you’re in the corporate industry there’s always a ladder to climb. When you achieve something there’s always the next thing, like going from producer to executive producer.”

The average salary for producers (or Artistic Directors, Media Producers and Presenters) sits at $109,000+ annually.

Although a lot of roles within the media and production industry are being automated, the position of a producer is still valued as it’s a job that requires collaboration and the management of content.

Hannah said, “I do feel like with everything I’ve seen, the future of the industry is heading online… I think everything will stay as we know it, but it’ll transition onto different platforms.”

As the projected growth for Producers is moderate, we can look at the changes in production, from print and TV to online platforms!

“We will evolve to find new and even more creative ways of storytelling, and I think that’s pretty exciting… and I see the future of the industry becoming more diverse too,” Hannah added.

“I really enjoy the variety and being able to consume all the different news stories of the day. I think my favourite part about it is just the creativity of being a producer. I love the collaborative process of it — seeing something start from an idea that then turns into a finished product!” Hannah explained

“The lack of diversity that I see in the newsroom, or even when I’m watching TV… of course there are major efforts being done to change that. I would also love to see more women, and more young people in the industry,” Hannah said.

“My advice would be, if you really want to do it, then you can do it!”

Generally speaking, you need a hardworking and diligent approach to work as a Producer, as you’re put into a fast paced environment where you need to perform efficiently under pressure.

However, getting into the media industry has its own obstacles.

“Even if you get rejected, finding other pathways is really important… Just volunteer wherever you can, show initiative,” Hannah said.

So if you really want to know what you’re in for before graduating from uni, put yourself out there! Try to get as much experience in the real world before you leave the safety net that is university.

If you have an interest in media and digital communication, a career as a producer would keep you stimulated and invested in the industry.

Being a producer is all about handing the information and content that is distributed to various audiences and platforms. So as a producer, you’re given the power to curate this!

Of course, it can be a demanding job in a rather high pressure industry, but Hannah said, “In any career there will be times where you question if this is the right thing for you. Whenever you’re having a bad day, remember how you felt when you first got the job.”

Hannah spends most days at the office, but works from home occasionally due to COVID restrictions.

“I find that I work better in an office environment… I like working around others and forming connections with people!” Hannah said.

“It is a really cool environment, in the sense that the news is happening right where you are! It’s great to be surrounded by people that love what you love, and are so invested in the news.

“However, I’d like to see less barriers to employment for women, people of colour, and younger people, as the workplace can be hierarchical at times,” Hannah concluded.