Art of Smart > Tips For Keeping Fit During Exams

Tips For Keeping Fit During Exams

I thought my life had really hit rock bottom in my last year at high school, when I found myself putting on my runners and going for a run after school in order to procrastinate from an afternoon of Hamlet-essay writing.

I say this because, if you’d asked anyone who knew me at the time, they would have said I was someone whose ‘active-time’ consisted of hardcore piano playing or reading super fast.

I don’t know what came over me, but I’d randomly decided to do voluntarily make myself run 5 kilometres. (???)

But I’m so glad I did. After that time, it became a routine for me. Keeping fit during exam periods and throughout the term became one of the best things that I did during my HSC, and it’s become a habit that has stuck with me throughout University.

The thing is, most students know that doing exercise is important. Physically, mentally for your studies, the benefits are endless. But so few people actually do it. So how do you get started with keeping fit during exams? 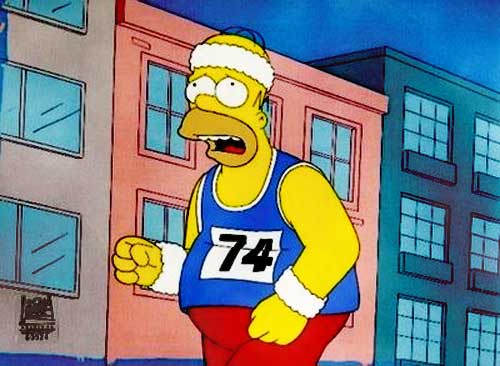 Don’t put too much pressure on yourself.

If you’re starting off from couch potato status, it’s unrealistic to make it your goal to “run a 10km marathon every second day”. That’s setting yourself up for disappointment.

Make it a process, and go step by step. Maybe start walking to the train station instead of taking a bus. Or make it a goal to go for a brisk walk once a week.

Make it a group activity.

If you set common goals with your friends, or go to a yoga class with people you know, or join a school sporting team – it can be really motivating and keeps you accountable. It’s also just so much more likely you’ll actually go on that jog if you’ve scheduled it in with a friend.

Set yourself a time, preferably in the morning.

Making sure you set time aside to do exercise is important, and I say do it in the morning because it energises you for the day. I also know most students like to devote afternoons and evenings to extra-curricular activities, to keeping your exercise to the morning means it won’t eat into your normal schedule.

Angela Balding from the Health Education Unit at Exeter University found a correlation between poor exam scores and little physical activity. Exercising three times a week positively impacts test scores. So remember that strong link between exam scores and exercise – especially when you make the classic “but I should be studying instead” line. It also releases endorphins, which puts you in a much better mood for study.

Don’t do the same physical exercise all the time. For some people, running the same track three times every week might float their boat, but for the majority, it gets boring. Maybe take a different road. Or alternate between swimming and ultimate Frisbee and squash. The goal here isn’t to become a sports professional, we just have to get moving, so whatever it is you want to do on that day, do it!

Anyone can start doing exercise. Even if you don’t see yourself as a sporty person, you don’t have to be one. You just have to get out the door and get your heart pumping.

Sophia Zou recently completed the HSC in 2013, so fortunately for AOS Community Blog-readers and perhaps less fortunately for her, the memories of Year 12 are still fresh in her head. Sophia considers it her mission here to help students make the most of their final years at high school. Her interests include political science, Simon and Garfunkel, and pretending to be a tea aficionado. Alongside tutoring at Art of Smart Education, she spends her time playing the piano and studying Government & IR and Languages at the University of Sydney.