Have no idea where to start when it comes to the Textual Conversations Module? Need to complete a Sylvia Plath analysis?

In Episode #8 Part 1 of our HSC English Lit Program, Rowan and Brooklyn are going to show you how to analyse texts for HSC English Textual Conversation! Throughout, they’ll be using Sylvia Plath’s text ‘A Birthday Present’ as an example.

We’ve also got a sample Band 6 analysis and sample paragraph in this article just for you.

What is A Birthday Present About?

One thing you might want to consider in your Sylvia Plath analysis, is whether Plath and Hughes are having a textual conversation or a textual argument.

Both texts deal with the same subject matter. For example, Plath’s mental health struggles, her death (both prospective and retrospective) and her relationship with her father. Plath’s and Hughes’ poetry also converse about  who is to blame for Plath’s mental illness, as well as notions of agency, oppression and victimhood. 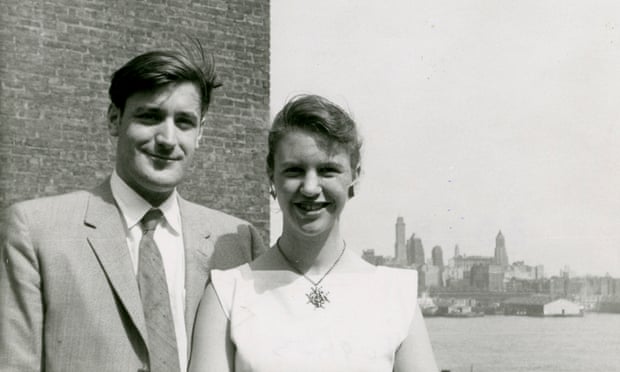 Plath uses vivid and extreme metaphors, to the point of comparing herself to Jews in the Holocaust (which she has been highly criticised for). Hughes responds to her extreme language critically. In Red, he suggests that she saw the world in dramatic binaries and in Fever he accuses her of exaggeration. Hughes uses far more realistic language in his own poetry, solidifying his critique of Plath’s exaggerated verse.

One thing to consider in the textual conversation between Plath and Hughes, is whether Hughes expands on Plath’s poetry, or whether he entirely rejects it. In your essay responses, you should have a unique perspective on how their poems are dissonant and resonant, based on their respective contexts.

What is A Birthday Present About?

Quite simply, A Birthday Present is a poem in which Plath is questioning what is inside a wrapped birthday gift sitting by her window. However, this questioning reveals Plath’s inner mind, her deepest insecurities, her desires and her perception of life and death. Throughout the poem, we get the impression that Plath believes this present is death. She confirms this when she states, “if it were death / I would admire the deep gravity of it.” In these final lines she also reveals her perception of death as a means of transcendence and rebirth. The poem comes full circle when she suggests that if the present is death, then “there would be a birthday.” This illuminates her belief that death and rebirth are intrinsically linked, further reinforced by her simile, “Pure and clean as the cry of a baby.”

Two elements of Plath’s context are central to this poem; both Plath’s personal context and second wave feminism.

During Plath’s undergraduate years at Smith College, she began to develop the severe mental illness that would eventually take her life. She attempted to commit suicide in August of 1953, taking her mother’s sleeping pills and crawling under the house. She survived, and was subsequently hospitalised, receiving electro-shock therapy for her depression. Plath’s obsession with death and suicide would go on to permeate her poetry of the next ten years. Feminism is an idea you may want to include within your Sylvia Plath analysis. Although Plath did not actively call herself a feminist, the ideas of feminism permeated her work. She recoiled at the idea of being forced into a prescribed gender role, as is clear in the following excerpt from her journals:

“The  future? God – will it get  worse & worse? Will I never travel, never integrate my life, never have purpose, meaning? Never have time – long stretches, to investigate ideas, philosophy – to articulate the vague seething desires in me? Will I be a secretary – a self-rationalizing, uninspired housewife, secretly jealous of my husband’s ability to grow intellectually & professionally while I am impeded – will I submerge my embarrassing desires & aspirations, refuse to face myself, and go either mad or become neurotic?”

This disdain for gender roles is clearly seen in A Birthday Present when she imagines the present saying “Measuring the flour, cutting off the surplus, / Adhering to rules, to rules, to rules. / Is this the one for the annunciation? / My god, what a laugh!’” The present mocks her for being a typical and rule-abiding housewife, revealing some of Plath’s deepest insecurities.

Her poetry is also influenced by feminist philosophers of her time such as Simone de Beauvoir, who argued that throughout history, women have been objects, whereas men have been subjects. In other words, women are stripped of their agency and ‘Othered’ – a process which makes women less human than men.

He is the subject; he is the absolute. She is the Other These ideas of being the ‘Object’ and the ‘Other’ are clearly represented in poems such as Daddy and Lady Lazarus which clearly depict her as an object of male oppression and the male gaze. Plath uses these poems, however, to regain personal agency and make herself the subject of her story. One might argue that in Birthday Letters, Hughes robs Plath of this agency – an idea you might like to discuss in your essay.

Themes in A Birthday Present include:

There are two key rules of analysis which we have focused in for all of our #HELP episodes. These are:

Step 1: Have an argument

When you are choosing an example, the most important thing is to choose a quote which has a technique which you will be able to analyse. If there are a couple of quotes which are expressing the same idea, you might like to analyse both of them at the same. For our first piece of analysis, we have chosen the quotes:

“bones, or a pearl button,”

“is it ugly, is it beautiful?”

When we are choosing a technique, the most important thing is using a technique which we can analyse to prove our argument. We want to be able to talk in depth about the effect of the technique, and how this effect proves our overall argument. Since techniques such as alliteration and repetition are often (not always!) hard to say something meaningful about, we should instead choose to use techniques that will allow us to analyse effectively.

For this reason, we have identified the technique, juxtaposition, in both of the above quotes. This will allow us to talk about the dramatic binaries through which Plath sees the world.

Struggling to find a technique? Check out our English technique cheat sheet here!

Step 4: Carry out your Analysis

When you are writing your analysis, it is important that you show the effect of the technique, and then link this effect to your overall argument, as we have done below:

She imagines her unknown birthday present to be simultaneously wonderful and tragic. For example, when Plath states that she does not mind if it were “bones, or a pearl button,” she contrasts a symbol of death with something exquisite. Moreover, Plath’s question, “is it ugly, is it beautiful?” demonstrates Plath’s lack of nuance: she views the world through extremes.

Put Your Analysis into a TEE table

Below is an example of how we have put this piece of analysis into a TEE table.

If you need some extra help with your TEE table, make sure you check out our step by step guide here!

And this is the final step towards acing your Sylvia Plath analysis!

Looking for extra help with your Sylvia Plath analysis?