Art of Smart > Your HSC: As Told By Netflix Characters

Your HSC: As Told By Netflix Characters

We’ve all been there and you can’t deny it. You’re watching your favourite television series on Netflix, and your #1 character does something stupid – walks into the dark alley alone, punches the other guy or perhaps kisses the boy they weren’t meant to. You’re angry at them, you’re frustrated but you feel for them to. Maybe you can relate? When Hanna was having a train wreck moment at school in Pretty Little Liars, we all felt for her! Yes, we can relate.

We are always exposed to different sorts of studying habits through the TV shows we love – the elite and the not so elite in Gossip Girl, old school Ned’s Declassified had the rough and tumble and I mean, Suite Life of Deck had school aboard a cruise ship?!

I’m sure that we could all at least relate to one character from a television show right?

I’ve pulled together five television show characters which I’m sure you could comment ‘this is so me’ on at least one, and then learn a thing or two from their methods.

It’s safe to presume almost everyone is familiar with the Netflix show ‘Stranger Things,’ – whether you binged watched in it in the space of 48 hours, or paced yourself so you aren’t going too crazy waiting for Season 2 to come out. If you don’t fall into either of those categories, I suggest you sit yourself down for a popcorn induced marathon! Nancy is the big sister of main character Mike, who alongside the whole two dimensions issue going on in their world, is studying at school.

If you find yourself one day, completely motivated with a checklist of tasks you have to complete, a nice, neat desk and a healthy lunch, and then the next in your bed with a bag of chips watching Netflix because they just released a new season of your fave show, ignoring all responsibilities – then you’re like me. You’ve got the Nancy Wheeler vibes. Distracted by the slightest interruptions such as a notification on your phone or the smell of food cooking downstairs.

Mind you, Nancy does have bigger distractions in her life like giant beasts, being trapped in another dimension, and a strange girl with a number for a name living in there house.

However, when she wants to settle down, get work done and minimise distractions, there’s a few tips I believe Nancy would tell us if she had the chance.

Close your windows and blinds to prevent boys or girls from trying to enter and distract you. (I don’t usually ever have this problem, I don’t know about you.)

Put some calming music on in your room to blur out other distractive noises.

Give yourself set break times where you can call a friend, or grab some food, whichever is preferable.

Provide time restrictions to complete tasks so you aren’t tempted by Facebook memes or videos. This is also helpful for practice under HSC conditions. (E.g 15 minute timer for completing a 10 mark response as practice.) 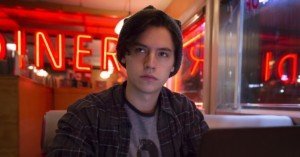 Everyone’s new favourite show, Riverdale. You were devastated when they announced the two week break and you were then forced to do school work on a Friday night over the regular 40 minutes of pure drama in everybody’s favourite town. (Either school work, or you decided to look at fan theories over who killed Jason Blossom, my bet is Alice Cooper still had something to do with it.)

While most of Riverdale’s drama occurs in a forest or the Blossom’s dark mansion, a central theme of the television series is school. We don’t hear too much about how such mysteries are affecting the cast’s grades but we can gather that edgy Jughead Jones, is a master at juggling multiple commitments.

‘Juggie’ works for the schools media committee, is writing a novel, a job at the drive in and struggles with a dysfunctional family – and all of this on top of all of Riverdale’s drama. I think it’s safe to say Juggie has his time management strategies down pat. What we can first and foremost gather from Jughead’s chaotic lifestyle is his skills in prioritisation, something that I may have been lacking at the start of this year.

I’m sure a lot of you can relate to Jughead in stressing over what to focus on, whether you’re getting too many shifts at work, or whether you can handle your extra curricular commitments.

While Jughead proves he takes his role in the media committee and his job at the drive in very seriously, these seem to fall on the back burner before school and family issues. Even though school also, is extremely important, Jughead is undeniably wise as he knows the significance of putting it aside while there are tough situations at home.

The prioritisation of family life, social life, work, school and extra curricular commitments is undeniably critical during the HSC year, but I believe it is important to understand that if something is happening outside of school life that requires attention (i.e family issues, I’ve been there), school work can always be caught up on.

Piling on stress from home life and school life can never lead to good outcomes – so take it from good ol’ Jughead Jones, and try to focus on one issue at a time. 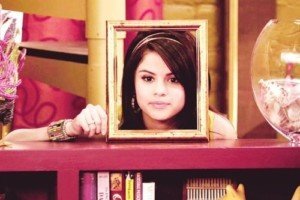 To be completely honest, many of these Wizards references will test my knowledge, but if there’s one thing I can remember from Disney Channel days on Foxtel, it’s the contrast between lazy Alex Russo and her older brother Justin in terms of their work ethic.

Justin is similar to Nancy in that he prides himself on excellence at school, however sometimes is a little distracted. Alex however, rarely takes into consideration her future, is generally always in trouble at school and takes interest in activities that only suit her – which isn’t the best approach to have during the last hurdle of our schooling lives. If you can totally relate to Alex…and are feeling a little guilty…never fear! Theres still time to change.

While half yearlies may have just come and gone, over 50% of total HSC marks are still to come, which means you can always put your head into a textbook and continue to learn.

Just like Alex did in the Wizards of Waverley Place movie, in the wizard competition, she completely focused and aced it! (Of course her life was on the line, where this is our ATARs.) We all know 13 Reasons Why as the Netflix Original series that became very popular in a matter of days after exposing some of the most unspoken and horrific hardships faced by high school adolescents. While the situations faced by the characters are extremely distressing, if we look at Clay Jenson as a character, even before issues arose, his focussing abilities and work ethic are suitable for us to develop in ourselves.

Clay is a reserved, shy boy who does not get invited to many parties, or have many friends (which are both integral parts of school life,) however the series manages to reveal an admirable quality in Clay.

Clay is rarely involved in drama, and disregards the gossiping that goes on in a typical high school to focus on more important matters.

Of course in every high school, drama occurs, but I believe its very important to realise what will matter in a few months. Will the silly rumours really be remembered in a few months? Probably not. But will your exam marks still count in a few months? Yes they will. 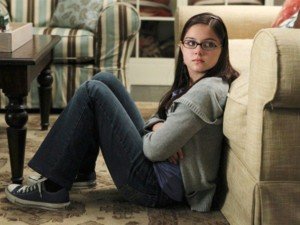 I left you on a note inspired by Clay, about flushing away the high school drama in your life for the better, but we can take Alex Dunphy as a life lesson that a social life is still extremely important.

A household favourite, Modern Family provides a character that almost everyone can relate to, Luke and his mischief, Hayley and her high school antics and Alex – constantly thriving on study and excelling at school. While this is nothing to be ashamed of, we often see Alex stressed and angry at her family and friends when her study schedule doesn’t go as planned, or she doesn’t understand something in science class.

I have probably said this way too many times in pervious articles, and I will probably continue to say this, but one of the biggest lessons I’ve already learn’t from two terms of Year 12, is that it isn’t the be all and end all.

HSC does not define you.

In one memorable episode, Alex decides to go to a party and take time away from her study. She enjoys herself and feels refreshed. (I’m sure I don’t have to remind many of you to go out to a party or two…but just in case anyone finds Alex to be their study spirit animal.)

It’s easier said than done for some, when loads of work is piling up on top of you and you believe you MUST NOT REST until its all done, but take it from personal experience- you are more likely to work more effectively when you have taken a break and are rejuvenated.

Whether this is from a party, a shopping day, a morning at the gym or a dinner date with a friend, there are plenty of ways you can help yourself to feel refreshed and get back on task!

Have a question for us?

Hayley Tighe is a Year 12 student who enjoys going to the cinemas, but most especially the drive in. Choosing to study both Extension English 1 & 2 for Year 12 was one of the best decisions she’s made this year – besides saving up to buy her very much loved car!