Art of Smart > HSC Creative Writing: How to Develop A Setting for Your HSC English Creative Piece

HSC Creative Writing: How to Develop A Setting for Your HSC English Creative Piece So, you’ve got an idea for your character and plot for HSC creative writing, but in what setting and context should this take place?

Your character should be a product of your story’s context as it ensures believability.

What do I mean by this?

Let’s jump into how to develop a setting for your HSC English creative writing piece!

How to Develop Your Setting for Your HSC Creative Writing Piece

Your character needs to be consistent with the context and setting!

For example, the British television show, ‘The Hour’, was based in London, 1956.

The phrase ‘I’m your biggest fan!’ was not used back in 1950s England by upper-classed British men, and consequently disrupts the flow of the historical story as it is historically incorrect.

It makes the characters and story less believable. 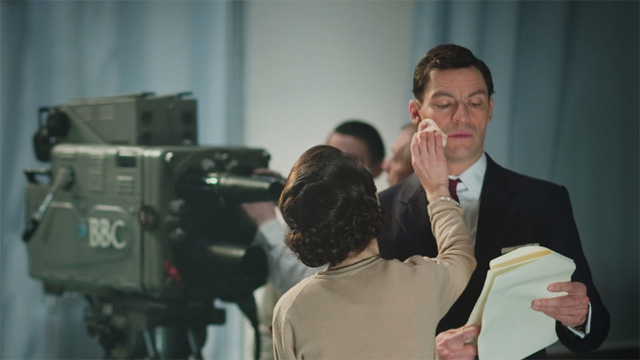 Your setting and your characters should work alongside one another.

They still may be different in the values they hold, but that is usually a product of their environment.

In Testament of Youth, Vera Brittain becomes a feminist in the early 1910s not because she has been raised to be one, but because she has observed the privilege of education given to her younger brother, Edward.

In the previous article, we explored develop your character and used a couple of examples.

Let’s have a look at two characters again for this article to demonstrate the importance of setting.

Living in the 1930s and 1940s, Steve was very familiar with the whole idea of the ‘Nazi threat’. As a product from his time, he was imbued with a sense of duty and service, both which motivated him to join up to the Army.

In the Avengers timeline, Steve’s preservation in the ice for 70 years makes him dated; he still is ‘very 1940s’ in the way he approaches conversation and how he does not understand contemporary pop-culture references, (“I understood that reference!”) to the point of carrying around a notebook of things he needs to ‘catch up on’ (it includes Thai food, the Moon Landing and the band Nirvana).

Far Cry 3 takes place is set in 2012 on a fictional tropical island called Rook Island, located somewhere in the Indian and Pacific Ocean. The island has native inhabitants with a distinct culture, but also violent and ruthless pirates.

Jason Brody is your typical slacker who went to college in Los Angeles and ended up doing a series of odd jobs here and there afterwards. As a bloke who likes to make the most of life and is a bit of a daredevil, it makes sense that he would go parachuting to a ‘deserted island’ for fun. His older brother, whom was in the military, was prepared to kill for survival and holds a ‘do or die’ attitude from the beginning. Jason, whom was not trained to do so, understandably freaks out.

How to Develop Your Setting for Your HSC Creative Writing Piece

As we explored in the last article, the best way to think about your character’s setting is to interview them.

Grab a pen and paper or laptop and answer these questions to help you develop your setting for your HSC creative writing story:

From here, you can start to have a good think about your character and what they’d be like if you met them in real life. Getting into their frame of mind is the best way to curate their point of view.

[Locker] The locker [id=35664] doesn't exist or the default lockers were deleted.

Elizabeth Goh isn’t a fan of writing about herself in third-person, even if she loves writing. Elizabeth decided she didn’t get enough English, History or Legal Studies at Abbotsleigh School for her own HSC in 2010 so she came back to help others survive it with Art of Smart Education. She’s since done a mish-mash of things with her life which includes studying a Bachelor of Arts (Politics and International Relations) with a Bachelor of Laws at Macquarie University, working for NSW Parliament, and writing about writing.