How to Analyse Billy Elliot for the HSC Common Module

Studying HSC English? Need to do an in-depth analysis of ‘Billy Elliot’ to craft a Band 6 worthy essay?

We’re going to walk you through the key ideas in Billy Elliot, as well as give you a step-by-step of how to analyse a piece of text from Billy Elliot.

So, what are you waiting for? It’s time to ace your analysis of Billy Elliot – let’s go!

What is Billy Elliot about?

How Billy Elliot to Texts and Human Experiences

How to Analyse Billy Elliot in 3 Steps

What is Billy Elliot about? Billy Elliot is a bildungsroman story about a young boy living in Northern England who wants to become a dancer. He faces significant adversity due to the hyper-masculine attitudes of his society. His father tells him “lads do football, or boxin’, or wrestlin’, not friggin ballet.” Despite this, Billy’s determination allows him to overcome the prejudices of his society and pursue his dreams.

The story of Billy Elliot is set against the backdrop of the 1984 miners’ strike in England. In an attempt to boost the economy, Margaret Thatcher shut down a number of collieries and in response trade unions fought back, going on strike.

Those who did still choose to work in the mines were known as “scabs.” The strike left many family’s very poor, as they had no income, which is the situation Billy’s family finds themselves in during the film. There was a long war between the trade unions and Margaret Thatcher, who did all she could to quell their power. 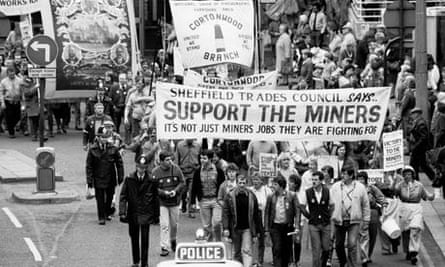 On the 3 March 1985 the NUM’s national executive voted 98-91 in favour of an organised return to work. It was a bitter failure for the Miners, and also for organised industrial action, which would come to suffer further during the Thatcher years.

Some of the key themes in Billy Elliot include:

Remember that when we are writing about ideas in a text. We always need to go beyond a mere theme. Instead of writing a paragraph about “Family”, you should make an argument. For example,

How Billy Elliot Links to Texts and Human Experiences

Link #1: Anomalies, paradoxes and inconsistencies in human behaviour and motivations.

Billy Elliot himself is an anomaly as he goes against social expectations by pursuing ballet. However, his struggle to realise his dream demonstrates human inconsistency. Billy does not consistently defy social conventions; in one scene, he hesitates to embrace dance by openly – and hypocritically – asking a friend, “What boys do ballet?” and collectively referring to dancers as “Poofs!”

Jackie (Billy’s father), also reveals the inconsistencies and paradoxes of human behaviour. He initially gives everything up for the miners’ strike and punishes his son for his love of ballet. However, ultimately he breaks his strike and supports Billy’s dream, motivated by the love for his son.

How to Analyse Billy Elliot in 3 Steps

Before we start writing analysis, we need to look at our two rules.

The first rule is “link the technique to the idea.”

This means when you are doing your analysis, you are not merely labelling a technique, but you are showing how its effect is relevant to your overall idea. It is more important that you link your technique to the idea, than linking the quote to the idea!

The second rule is “say something new!”

Weak essays often tend to repeat the exact same idea three times within a paragraph. To achieve a band 6, you should make sure each point says something new and builds up an argument, rather than just repeating the previous point.

Before we get into our analysis, we need an idea, so we have something to link our techniques to! Our idea is: Despite being set in a society which stifles artistic pursuits, Billy Elliot suggests that art has the power to liberate individuals

For our first Billy Elliot example, we’ve chosen to compare two moments from the beginning of the film.

Remember that comparison between multiple moments in your text provides a great opportunity to do some deep analysis of your text.

For these examples, we are going to use the technique of contrast.

The great thing about using contrast as a technique, is it means we can use 3 techniques in one piece of analysis as there is an extra technique on each side of the contrast.

Remember that your analysis is all about analysing the techniques, not the example itself. We have written:

In the opening scene of the film, Billy is jumping on his bed – a prototype of his later dancing. The long shot set against the unrealistically vast backdrop of his wallpaper emphasises the surreal nature of this experience. In contrast, the overcrowded mis en scène of Billy’s kitchen elucidates the realities of his life: his poverty and his responsibility for his sick grandma.

This analysis has not been written with a specific question in mind, but make sure every time you write analysis it is linking to the question!

The way we recommend organising your analysis is through a TEE table. The TEE in TEE table stands for Technique, Example and Effect. They’re a great tool you can use to analyse your text. All you have to do is include your pieces of evidence under ‘example’ then identify the technique in the ‘technique’ column and carry out your analysis like below:

If you’re analysing a few themes, it’s a good idea to have a separate TEE table per theme. For example, for Billy Elliot you may want to keep all your pieces of evidence that relate to family in one table.

We’ve analysed another two examples using TEE tables that relate to the theme of individuality in Billy Elliot that you can access below!