Ancient History is all about using sources, which can make finding Pompeii and Herculaneum sources for the core study stressful.

Most of the information you write in the exam should be backed up by a good source. But what do you do when you feel like you’ve got a load of information but no sources to back it up with?

We’ve got you covered with a list of Pompeii and Herculaneum sources and quotations for you to ace your exams!

The Pompeii and Herculaneum Sources

Quote: “[Campania is] one of the loveliest places on earth”

Quote: “[Campania has] an abundance of corn, vines and olives, splendid fleeces produced by its sheep” Source: Fresco depicting Bacchus on the slopes of Mount Vesuvius

Quote:“Soon the cloud began to descend upon the earth and cover the sea”

Quote: “The walls of the house were swaying with violent shocks.”

Quote:“The clever orientation of porticoes, dining rooms and bedrooms… shows that Roman aristocrats consciously included nature in their designs… This takes the Hellenistic approach to an extreme”

Source: Impluvium in the atrium of a house
Location: House of Menander, Pompeii Source: The exporting of Garum is evidenced by vessels found across the Mediterranean bearing the inscription “from the workshop of Scaurus,” a Pompeiian garum producer. Source: Fuller’s basin in the impluvium of a house
Location: House of the Fullery, Pompeii Source: Remains of fish and bones, fruit and cereal, and centre area which housed a fish tank, fountain and workbench.
Location: The Macellum, Pompeii

Quote: “Come to the sign of the bowls [for] half a dozen types of wine”

Quote:“Poppaea Note, a freed woman of Priscus… had slaves of her own” 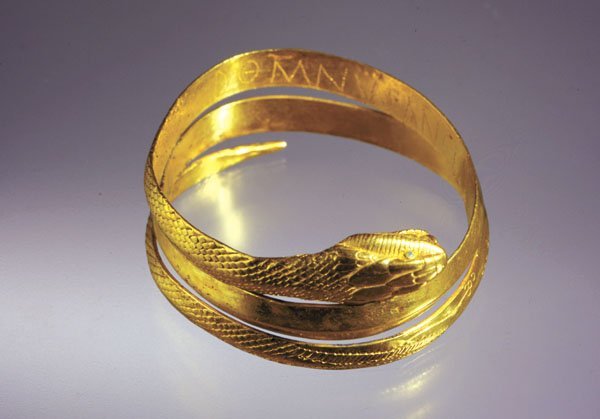 Source: Bracelet engraved with “From a master to his slave girl”
Location: Pompeii

Quote:“Women could own property, do business, pay for construction, hold honorific and cultic office, and go about in public” Quote:“A visit to the baths was a regular social event” Quote: “Herculaneum carried rainwater and waste out to sea via an excellent drainage system” Quote:“The large number of such shrines indicated widespread religious practices among the inhabitants of Pompeii as a whole” That rounds off our list of top Pompeii and Herculaneum sources for HSC Ancient History!

The Master List of HSC Ancient History Past Papers

How to Write a Killer History Essay Plan in 5 Steps!